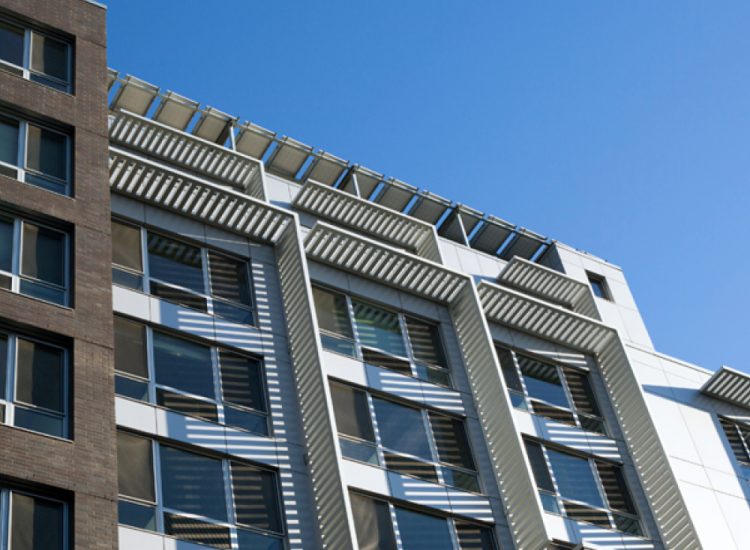 Bright Power worked with the team to integrate the solar PV system into the building design. On a roof that many others would deem a bad fit for solar due to the location of the bulkheads, the orientation of the building, and the HVAC equipment, we knew a conventional design would not work.

To ensure the system would have a large enough impact, we greatly expanded on the pergola design we developed for Via Verde. The result is a system that maximizes the solar potential of the roof area while using standard solar and building components. Built in 2014, the pergola solar array acts as a canopy to the building’s green roof, utilizing structural steel as support and racking. The 38 kW-DC system helps offset common area residential electrical loads such as lighting, laundry, and elevator. The solar system, among other features, allowed Creston Avenue Residences to achieve LEED Platinum certification.