About Us
News & Reports
By Bill Morris, Habitat 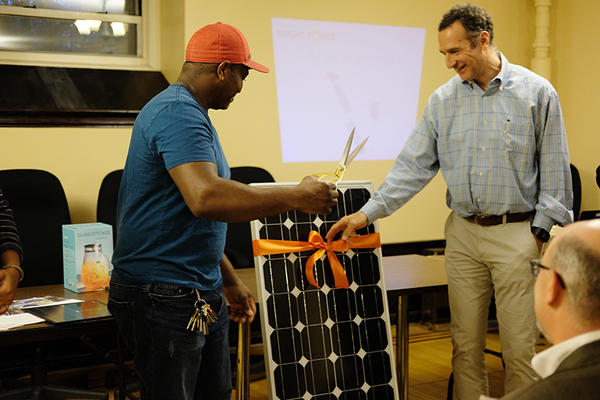 Many New Yorkers are in a state of not-so-mild panic over the city’s ambitious new Climate Mobilization Act, which will require owners of large buildings, including co-op and condo boards, to sharply reduce their greenhouse gas emissions beginning in 2024 – or face stiff penalties. It is believed to be the toughest law of its kind in the world.

The board at the century-old, 82-unit Grinnell co-op in the Audubon Park Historic District in Washington Heights is not sharing in the widespread panic. In a ceremonial ribbon-cutting on Thursday night, the board formally launched its revolutionary solar panel array on the triangular building’s roof.